Celebrating Poetry with our Poet Laureate

Ruth Ayres has a link-up on weekends where people link to posts that are celebrations about their week. I love this reminder to celebrate every week. 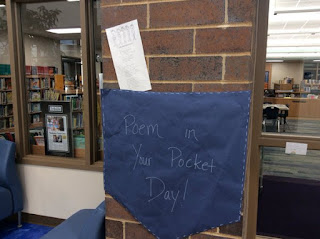 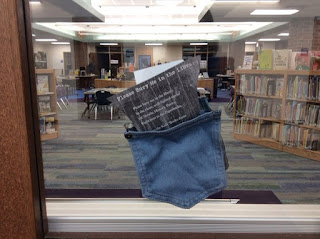 This week we celebrated Poem in Your Pocket Day at our school. In preparation, students chose or wrote poems in library classes. The night before though, I was still trying to choose mine. I remembered that we have a U.S. poet laureate and realized that I've never talked to my students about him. I read one of his books earlier this month and wrote a blog post about a few of his books. I wondered if I could find a poem of his that would work with my students. When I searched for poems by Juan Felipe Herrera, I found "Jackrabbits, Green Onions, and Witches Stew." I read it and thought since it was an unusual collection of words, it would be a fun one to share, but I wondered if I was reading it correctly so I looked for a video.

I found something even better. I found a lesson plan by Nicolle Stellon O'Donnell that included a video of Herrera reading my chosen poem, but also another helpful video. In the second one, he shares another poem, but also, near end of it, Herrera talks about how he defines poetry (at about 2:45).


I don't totally know what "Jackrabbits, Green Onions, and Witches Stew" might mean, but the text reminds me of Dr. Who. Whether I figured it out or not, Herrera seems to believe the most important thing is spending time with the poem. The poem may simply be meant to cause readers to be baffled or bring a smile to their face. Herrera may not even know what one of his poems is really saying. I'm good with that.
Posted by Crystal at 7:42 PM