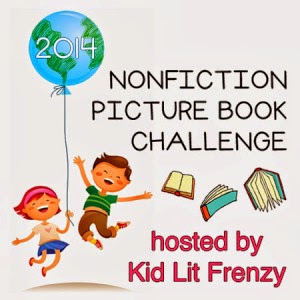 Alyson Beecher over at Kid Lit Frenzy hosts a Non-fiction Picture Book Challenge and has a roundup every Wednesday.

I've started to work on reading all of the Pura Belpré Award winner and honor books. All of the following except the Dolores Huerta biography have received a Pura Belpré award or honor. The cover images are from IndieBound. 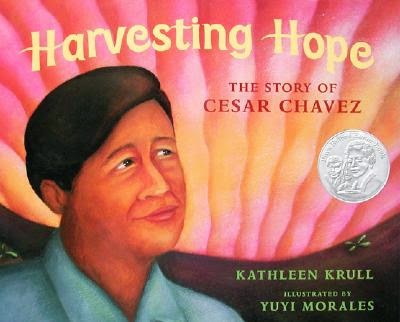 Harvesting Hope: The Story of Cesar Chavez by Kathleen Krull and illustrated by Yuyi Morales won the award for illustration in 2004. The text tells a bit about the childhood of Chavez, but mostly focuses on his activism and non-violent fight for the rights of farmworkers. This would be a great book to pair with Dolores Huerta: A Hero to Migrant Workers by Sarah Warren. I had heard of Chavez, but until recently didn't even know that Dolores Huerta existed. That may be partly because as in Harvesting Hope, she was not mentioned, yet she worked closely with Chavez and was also instrumental in improving conditions for migrant workers. 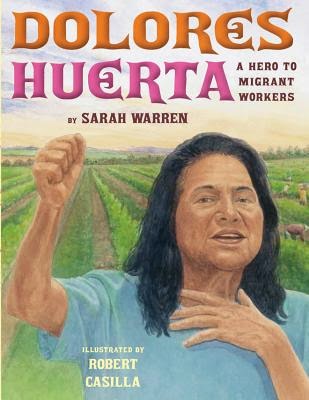 Both books would be great in a biography or civil rights unit. Yuyi Morales provides a fantastic teacher's guide to go along with Harvesting Hope. I would be remiss though if I didn't also include a mention of César: ¡Sí, Se Puede! Yes, We Can! by Carmen T. Bernier Grand. 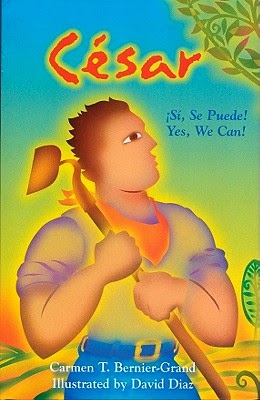 It is an amazing book of biographical poetry that would also pair well with Harvesting Hope. 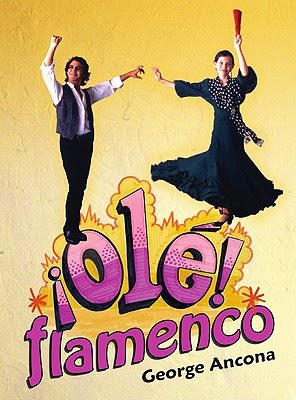 George Ancona is an expert at photo essays. The photographs are always full of life and brilliant color and ¡Ole! flamenco was no exception. I was surprised to learn that flamenco is actually not only Spanish. I knew it was from Spain, but didn't know that the Roma people were part of the creation of flamenco. Ancona provides background on the Roma. I haven't really ever seen that history provided in children's lit in the past. He mentions them as Roma initially, but then tends to use the term Gypsies more frequently throughout. That was a bit of a disappointment for me as I would rather stick with Roma, but he wrote respectfully.

The photographs of dancers, singers, and musicians, had music rolling through my head and my feet itching to dance. I can just see students wanting to try it out with some music. That reminds me that I have a friend who studied flamenco. Perhaps she could visit and teach us a few moves. We will have to at least watch a video like this one:

The author did an interview over at Lee and Low if you want to know more about this beautiful book.
Posted by Crystal at 12:05 PM