A Look Into the Past 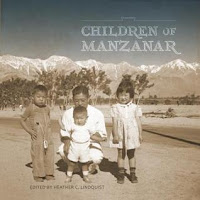 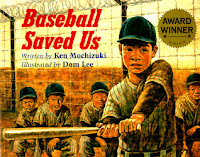 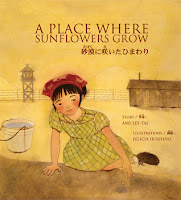 Weedflower by Cynthia Kadohota: Twelve-year-old Sumiko feels her life has been made up of two parts: before Pearl Harbor and after it. The good part and the bad part. Raised on a flower farm in California, Sumiko is used to being the only Japanese girl in her class. Even when the other kids tease her, she always has had her flowers and family to go home to.
That all changes after the horrific events of Pearl Harbor. Other Americans start to suspect that all Japanese people are spies for the emperor, even if, like Sumiko, they were born in the United States! As suspicions grow, Sumiko and her family find themselves being shipped to an internment camp in one of the hottest deserts in the United States. The vivid color of her previous life is gone forever, and now dust storms regularly choke the sky and seep into every crack of the military barrack that is her new "home."
Sumiko soon discovers that the camp is on an Indian reservation and that the Japanese are as unwanted there as they'd been at home. But then she meets a young Mohave boy who might just become her first real friend...if he can ever stop being angry about the fact that the internment camp is on his tribe's land.
With searing insight and clarity, Newbery Medal-winning author Cynthia Kadohata explores an important and painful topic through the eyes of a young girl who yearns to belong. Weedflower is the story of the rewards and challenges of a friendship across the racial divide, as well as the based-on-real-life story of how the meeting of Japanese Americans and Native Americans changed the future of both.
Sylvia and Aki by Winifred Conkling: Sylvia never expected to be at the center of a landmark legal battle; all she wanted was to enroll in school.
Aki never expected to be relocated to a Japanese internment camp in the Arizona desert; all she wanted was to stay on her family farm and finish the school year.

The two girls certainly never expected to know each other, until their lives intersected in Southern California during a time when their country changed forever.

Here is the remarkable story based on true events of Sylvia Mendez and Aki Munemitsu, two ordinary girls living in extraordinary times. When Sylvia and her brothers are not allowed to register at the same school Aki attended and are instead sent to a “Mexican” school, the stage is set for Sylvia’s father to challenge in court the separation of races in California’s schools. Ultimately, Mendez vs. Westminster School District led to the desegregation of California schools and helped build the case that would end school segregation nationally.

Through extensive interviews with Sylvia and Aki—still good friends to this day—Winifred Conkling brings to life two stories of persistent courage in the face of tremendous odds.

Children of Manzanar by Heather Lindquist: An authentic portrait of the youngest internees at Manzanar. Few names evoke images of the Internment more than Manzanar but we have never seen the everyday lives of the children depicted so clearly.

Baseball Saved Us by Ken Mochizuki: A Japanese American boy learns to play baseball while his family is forced to live in an internment camp during WW II.

A Place Where Sunflowers Grow by Amy Lee-Tai: Under the harsh summer sun, Mari's art class has begun. But it's hard to think of anything to draw in a place where nothing beautiful grows — especially a place like Topaz, the internment camp where Mari's family and thousands of other Japanese Americans have been sent to live during World War II. Somehow, glimmers of hope begin to surface — in the eyes of a kindly art teacher, in the tender words of Mari's parents, and in the smile of a new friend. Amy Lee-Tai's sensitive prose and Felicia Hoshino's stunning mixed-media images show that hope can survive even the harshest injustice.

I am listening to Weedflower on CD. I have enjoyed getting to know Sumiko. Kadohota presents Sumiko as a young girl trying to find her way during a difficult time for her family. The children have trials, but they also find ways to have fun while they are kept in their internment camp. In some ways, the children like the freedom that they have in the camp. They eat and play with their friends every day. But in this situation, family ties wear down.

I found it interesting that the camp was on reservation land. Since Sumiko becomes friends with a Mohave boy it is easy to start seeing parallels with the Mohave and Japanese. They were not granted the same freedoms that other citizens had. Like, I didn't realize that there were states that did not grant Native Americans the right to vote even after the Indian Citizenship Act of 1924. Some states used residency laws and other technicalities to keep Indians from voting up until the Voting Rights Act of 1965. It just blows my mind. Also, it was interesting/sad that even the Japanese were given electricity and ice, but the Mohave didn't have such luxuries.

I have learned a lot while reading this book, but it isn't just a book about discrimination. It is also a book about perseverance, friendship, and family. It is definitely worth the time.

As usual with historical fiction, I was curious about the history as I read, so I picked up the non-fiction book Children of Manzanar. It was very helpful to see what a camp looked like and to see that the children had good times there along with tough times. It was sad to hear about the breakdown of families and the loss of their belongings. There were so many things done to them. It is difficult to accept man's inhumanity to man. On a side note, Dorothea Lange and Ansel Adams were the photographers for some of the pictures featured. I have since found out that at the time, Dorothea's photos were kept hidden for the duration of the war. I am guessing our politicians didn't think it looked very good for the United States to also have places that looked like concentration camps. To see what Poston (the camp in Weedflower) looked like, you can visit the Poston Internment Camp blog.

For younger readers, I would also recommend the middle grade book Syvia and Aki which is based on the experiences of two young girls. The picture books are also fantastic.