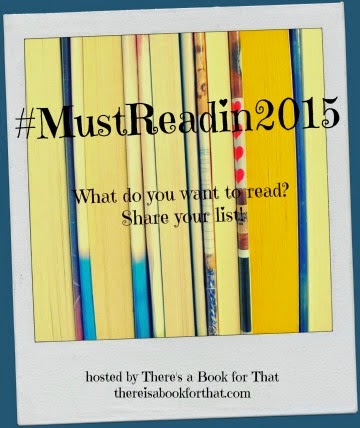 Here's an update on my progress for the #MustReadin2015 hosted by Carrie Gelson. There are 53 books on my list. This is a much more manageable list that the one I made last year and includes the rest of the Pura Belpré books that I haven't finished yet. 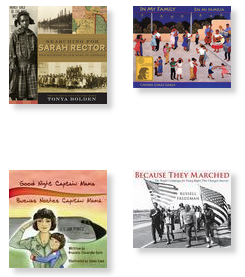 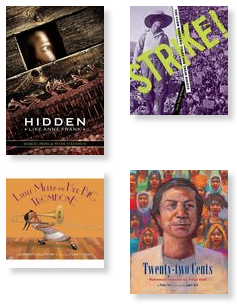 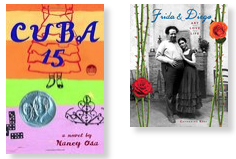 I'm a bit behind as I should have read 14 books by this time of the year, but perhaps I'll make that up over summer. Ten isn't too bad though. Seven of them were nonfiction. I've been making more of an effort to read nonfiction lately, in part because of Alyson Beecher's nonfiction picture book month challenge.

My favorite nonfiction books from this bunch are Twenty-Two Cents, Because They Marched, and Little Melba and Her Big Trombone. And since I can never get enough of Frida Kahlo, Frida & Diego was another one that I sank into.

I'm a huge fan of humor in my reading. One of my posts over at Rich in Color was about that. At the time, I included Cuba 15 in my list, but I hadn't read it yet. I just kept seeing it recommended as a funny book. That's why it landed on my #MustRead15 list. It was very fun and I would totally recommend it if you are looking for some smiles and laughter.

One of these was a re-read for me. I'm making my way through the Pura Belpré award and honor books. I knew that I had read My Family/En mi familia multiple times as a teacher years ago, but I wanted to make sure it was as I remembered it. Carmen Lomas Garza shares snapshots (her artwork) and accompanying Slice of Life narratives from her childhood family memories. It's a great mentor text for Slice of Life writing or personal narrative. It encouraged me to write down some of my own family memories.

Hidden Like Anne Frank: 14 True Stories of Survival was heartbreaking. It hadn't occurred to me that some of the people doing the hiding were profiting from the job. It also hadn't occurred to me that the reason that so many of the survivors came from wealthy families was that it was a costly endeavor. I don't know why I never realized that poor Jewish families didn't have much hope of survival.

Searching for Sarah Rector was another interesting look into a history I didn't know. The book did address Sarah Rector's disappearance, but was more of a look into the creation of Indian Territory and the statehood of Oklahoma. It is an interesting snapshot of the time period and the issues that arose through the oil boom.

Strike! The Farmworkers' Fight for Their Rights shared that time period very thoroughly. I hadn't known that there were also Filipino American workers who were also fighting. This book was a little dry for my taste, but I really appreciated all of the visuals.

Good Night, Captain Mama was a sweet look at a mother in the service who is leaving on a mission and explaining to her child why she must go. It's a nice book for children who have parents in the military, but it was a definitely a book for teaching rather than telling a story. It was okay for its purpose, but it felt very much like a book with a specific purpose.

I'm reading The Hunted by Matt de la Peña right now, but I'm not sure which of the others will come next. I hope you're having a great year of reading.

Email ThisBlogThis!Share to TwitterShare to FacebookShare to Pinterest
Labels: #MustRead2015