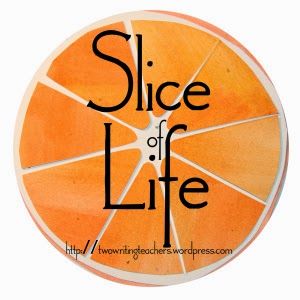 The Slice of Life Challenge was created by the people over at the blog Two Writing Teachers. The challenge is to write about some part of your day and share it each Tuesday then give feedback to at least three other bloggers.

I finally got to attend ALA Midwinter this year. It was a fantastic time of books and connecting with people. For the first time ever, two Rich in Color writers met each other face to face. Karimah was here because she was invited to the Day of Diversity. She wrote about that here.

I was also able to meet up with many #Nerdybookclub friends too. There were chats late into the night with much laughter, but also thoughtful debate. I think more laughter though. Yes, definitely more laughter. 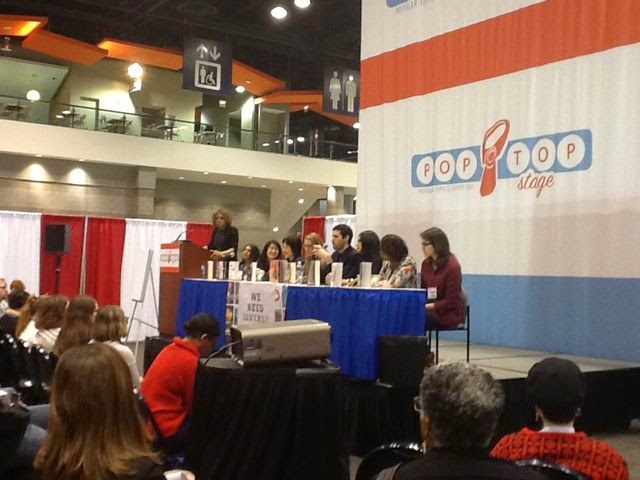 Saturday morning was amazing starting with the 2015 Diverse Debuts panel. The panelists shared window and mirror books from their childhood and then spoke of experiences on their publishing journey. We also heard about some of the initiatives coming from We Need Diverse Books including educational kits. Meeting authors from the panel afterwards was truly a treat.


Next, I toured the exhibit hall and found the guy that several of my third grade students told me I had to meet - Tom Angleberger. Of course, I wanted to meet him too. I also got to say hi to Cece Bell since she just happened to be nearby. :) 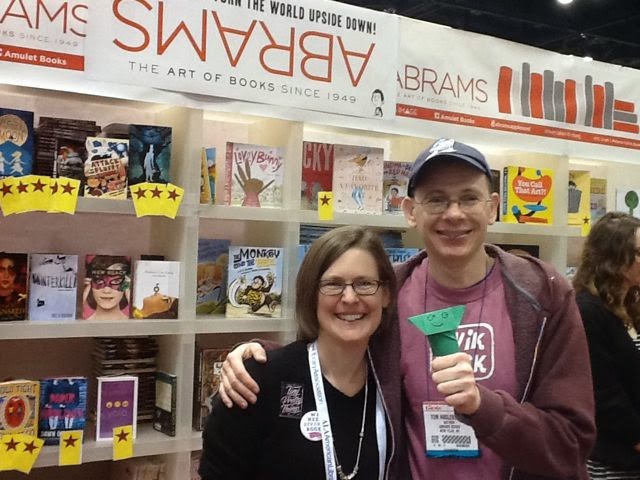 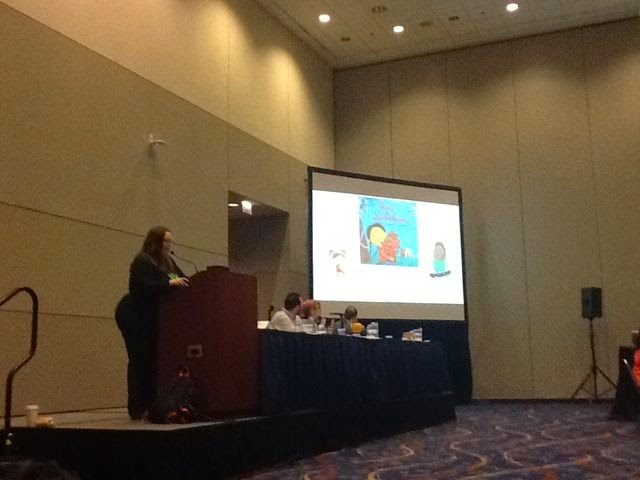 Next I rushed into the Ignite session just in time to catch Angie Manfredi cruising through a fantastic list of diverse titles in her session "20 Kids/Teens Titles to Diversify Your Collection Today." She offered many titles (you can see them in her slideshow here), but she also encouraged everyone to "Buy the books!" Our money speaks and is one thing that publishers will definitely understand. There were two other sessions that spoke to diversity. 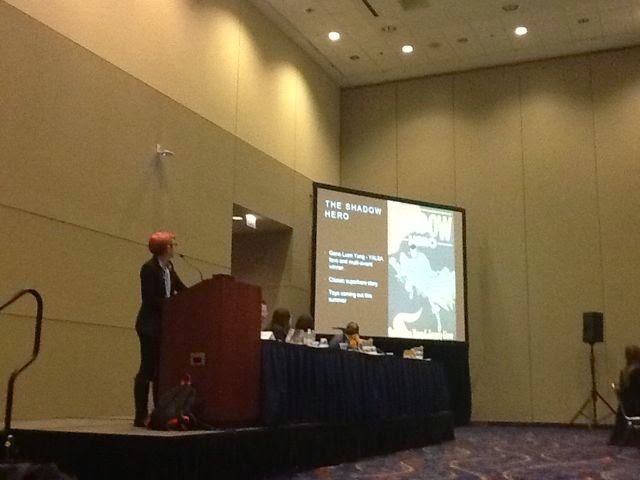 Ivy Noelle presented "Geek Culture and Diversity in Library Spaces." She drew our attention to the idea that comics is an area that is also diverse. She shared The Shadow Hero, Ms. Marvel, and others. 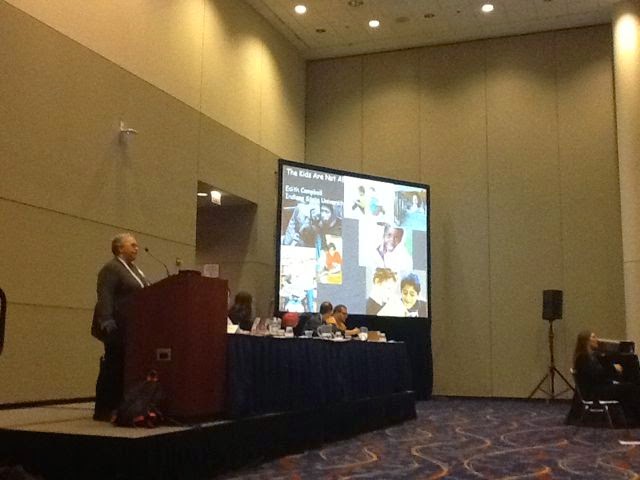 Edith Campbell finished out the sessions with "The Children are Not All White." She reminded us that there is a disparity between the percentages of children who are not white and representation in children's literature. She also emphasized that books about children of color are for all readers.

Following the session, I was able to meet these women who are amazing resources for all people  involved in the work of promoting diverse literature.

Through the afternoon I was able to meet more #Nerdybookclub friends and also snuck in for part of Ayaan Hirsi Ali's lecture before leaving for dinner with friends. They introduced me to Ed Debevic's for a pre-dinner snack. It was truly entertaining as the servers danced on the bar where we sat. 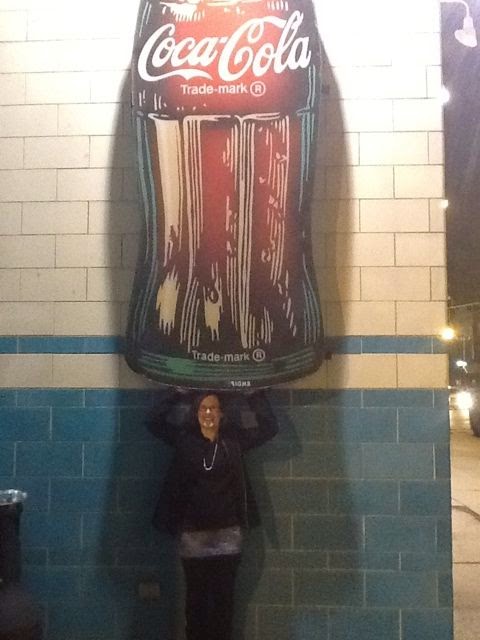 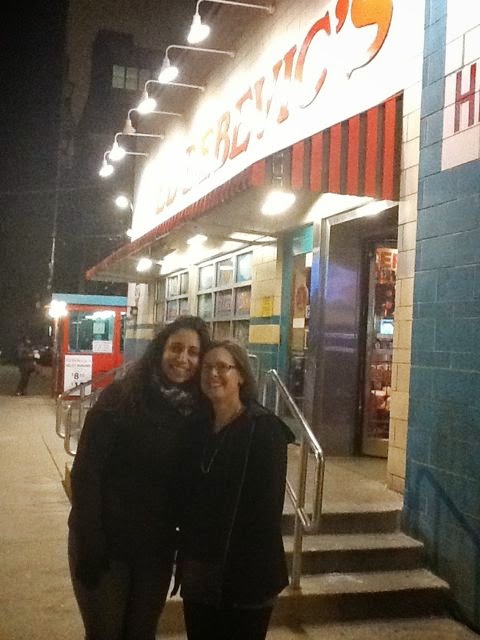 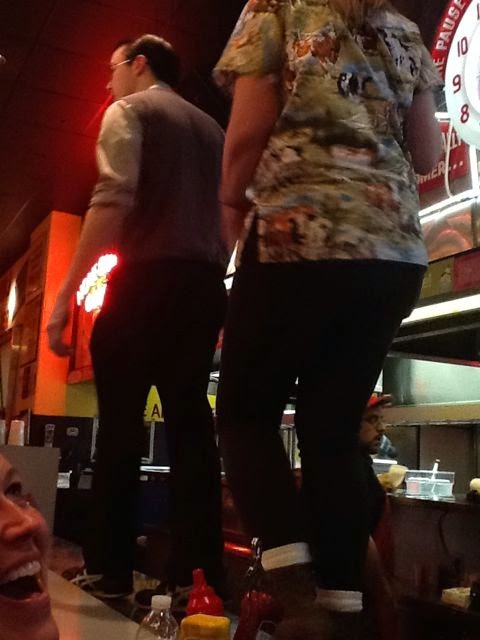 After dinner, I shared a cab to the hotel where I thought I would find the Reforma event Noche de Cuentos happening. Unfortunately, I had read the brochure incorrectly and was still a cab ride away or a very long walk through snow. Fortunately, I found a cab quickly and got to the event before it ended. 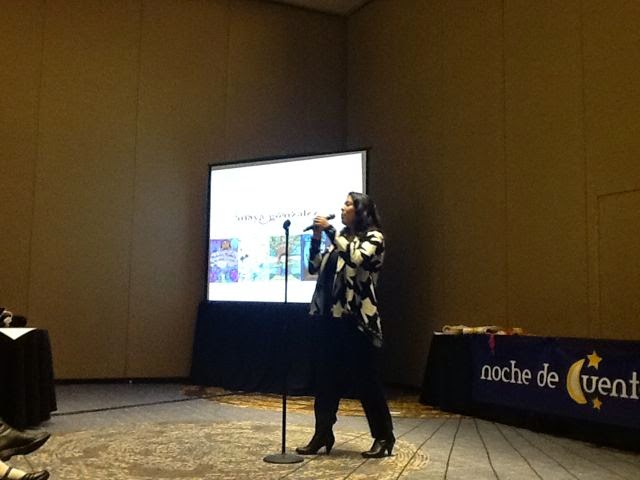 When I arrived, Jasmin Cardenas was telling a story about her childhood. It was relaxing and refreshing to sit and hear a story at the end of the day. One of the things she said stuck with me, "We all have stories and if we tell them...this world would be a more peaceful place." 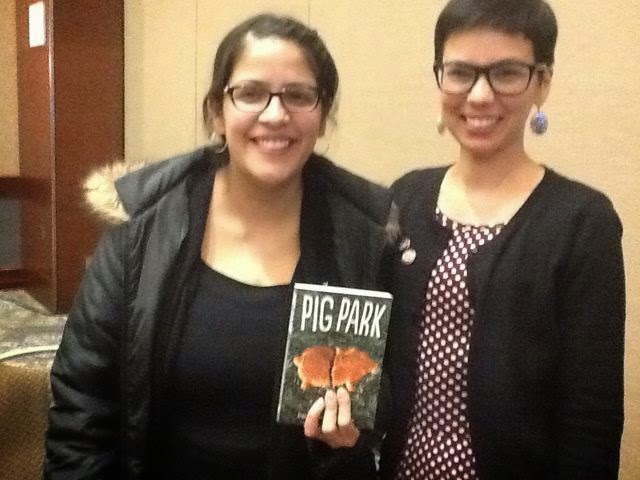 After the stories, I was able to meet Claudia Guadalupe Martinez, the author of Pig Park. I reviewed her book for Rich in Color and also made those yummy pig cookies last fall. I also met Maya Gonzalez and Pat Mora. That made my day. They have both written some wonderful books. It was cool that a few days later it was announced that Pat Mora would be the May Hill Arbuthnot Lecturer for 2016! 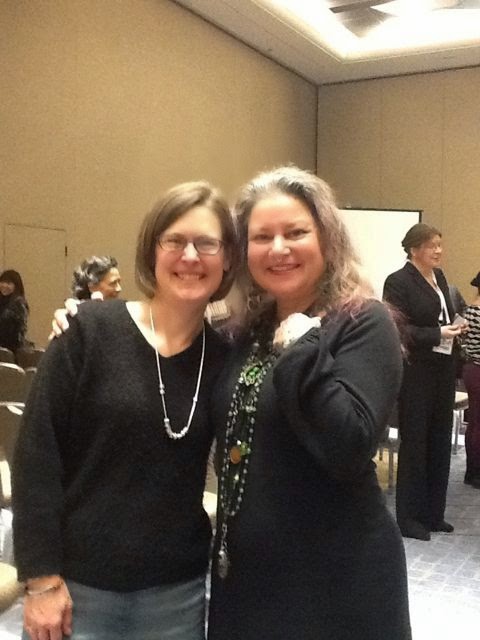 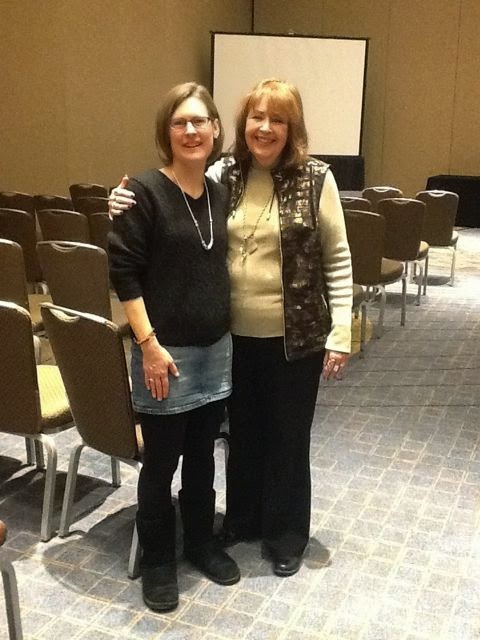 The next morning it was blizzarding, but our train didn't leave right away so we got to go to the exhibit hall one more time before the long and somewhat scary journey home. Overall, the weekend was a success. There were still not nearly enough diverse books out on the exhibit hall floor, but I had wonderful conversations with some of the smaller presses about the great things they are doing. This was my first time so I was just finding my way, but I certainly have a better sense of what I want to do with my time if I go again. Being with so many people who are excited about stories and books made me giddy and I hope I get the chance to do it again.

The work around diversity seemed to have had some ups and downs. Several people wrote more thoroughly about that. Here are a few overviews that were helpful to me particularly in regards to what happened during the Day of Diversity event, but also in general.

Email ThisBlogThis!Share to TwitterShare to FacebookShare to Pinterest
Labels: Slice of Life