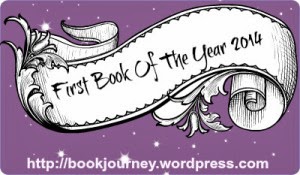 Sheila from Book Journey has created a meme that allows us to share what we will be reading first this year. I found out about it after finishing my first book of the year, but wanted to participate anyway. I am involved in two different reading challenges that involved reading diverse literature (books written by or about people of color) so I wanted to read one that had been reviewed by Jessica over on Rich in Color - Death, Dickinson, and the Demented Life of Frenchie Garcia by Jenny Torres Sanchez. It fits both challenges, Latin@s in Kid Lit and the 2014 Diversity on the Shelf Challenge.

Summary from Goodreads:
Frenchie Garcia can’t come to grips with the death of Andy Cooper. Her friends didn’t know she had a crush him. And they don’t know she was the last person with him before he committed suicide. But Frenchie’s biggest concern is how she blindly helped him die that night. Frenchie’s already insane obsession with death and Emily Dickinson won’t help her understand the role she played during Andy’s “one night of adventure.” But when she meets Colin, she may have found the perfect opportunity to recreate that night. While exploring the emotional depth of loss and transition to adulthood, Sanchez’s sharp humor and clever observations bring forth a richly developed voice.

My thoughts: I was inclined to enjoy this book because Emily Dickinson has been one of my favorite poets for as long as I can remember. Frenchie really clinched it though. I was drawn into her emotional struggles. She has a snappy humor, but she is stuck in a dark place that she is struggling to escape even as she wants to just give up the fight. In spite of the dark subject matter, Sanchez provides enough humor to keep the reader periodically smiling and laughing. There is a lot in this book that inspires deep thinking. It is one that I will be recommending and will likely re-read.
Posted by Crystal at 2:44 PM