It's been awhile since I have done an update for my reading challenges so this took awhile to put together and I have a lot of great titles to share. 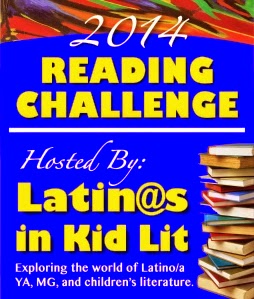 For the Latin@s in Kid Lit Challenge, the expectation is that participants read at least one book a month written by a Latino@ author or featuring a Latin@ character. I have read 32 so far this year (most are picture books, but 8 were novels and a few were non-fiction).  Here are some of my favorites so far: 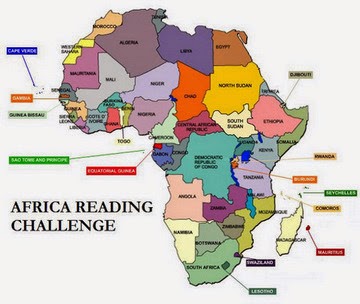 For The 2014 Africa Reading Challenge hosted by Kinna Reads we are meant to read at least five books set in at least two regions in Africa. I started this challenge later in the year than the others. I've read four picture books and three chapter books (listed here) so have met the minimum, but I would still like to read some of her suggested books like Maps by Nuruddin Farah or The Prophet of Zongo Street. My overall favorites so far have been Long Walk to Water, Americanah, and Akata Witch. 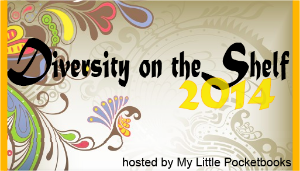 Diversity on the Shelf is hosted by My Little Pocketbooks and encourages readers to read books written by or about people of color. By the way, this is a great way to support the #WeNeedDiverseBooks campaign. I chose the 25+ level for 2014. The other challenges I am doing feed into this one so the numbers are way higher. I have read over 130 at this point. The list is here. And here are some of my favorites:

The #MustReadin2014 Challenge hosted by Carrie Gelson will officially post updates in July, but since I was already reporting on everything else, I figured I might as well add this too. This challenge is one to help encourage readers to finally get to some of the books on our TBR that have been waiting. I moved 110 books from my TBR to my Must Read shelf and have been plugging away at them though I haven't read as many lately as I would like. I have managed to get to 36/110 of them and I look forward to getting more finished during summer #bookaday. All of the favorites from this list were also on the Diversity on the Shelf list.