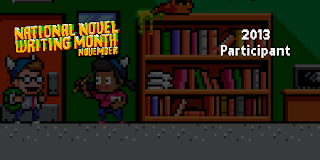 I successfully completed NaNoWriMo 2011 and 2012 (on the very last day). I had a hard time deciding whether or not to do it again, but a former student talked to me the other night about my very first novel and told me that I should do another one. She and a few girls from my school book club had asked for copies of it. They are the few that have read it. That tipped the scale in NaNo's favor.

Now that I have made my decision, maybe some actual planning is in order, but instead of outlining or even thinking of characters, setting or plot, I am gathering helpful quotes and links. I think this is procrastination at its best. :)


A sixth grader told me last year, if I don't know what to write, I just go outside and listen. #nctechat
— penny kittle (@pennykittle) October 21, 2013

A8. Trust the writer inside you. Write with faith and fearlessness. ~Tom Romano #nctechat
— penny kittle (@pennykittle) October 21, 2013


I think I just came up with the slogan - "#NaNoWriMo. Because those books aren't going to write themselves."
— Leigh Ann Kopans (@LeighAnnKopans) October 21, 2013


The beautiful part of writing is you don’t have to get it right the first time, unlike, say, a brain surgeon. ~Robert Cormier #nctechat
— penny kittle (@pennykittle) October 21, 2013

How to Create a Plot Outline in 8 Easy Steps from Glen C. Strathy

Are You Ready to NaNo? by Nephele Tempest

Advice for Making it Through NaNoWriMo via The Dirigible Plum 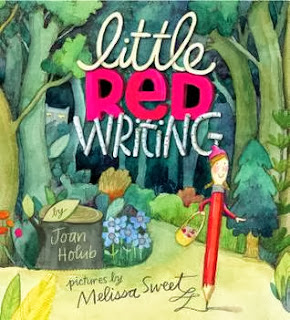 Motivators
Debs and Errol have some fun comics and videos to get you going or distract you or at least make you laugh. See a great example here:

National Day on Writing - Write to Connect by Katherine Sokolowski
Posted by Crystal at 1:00 AM